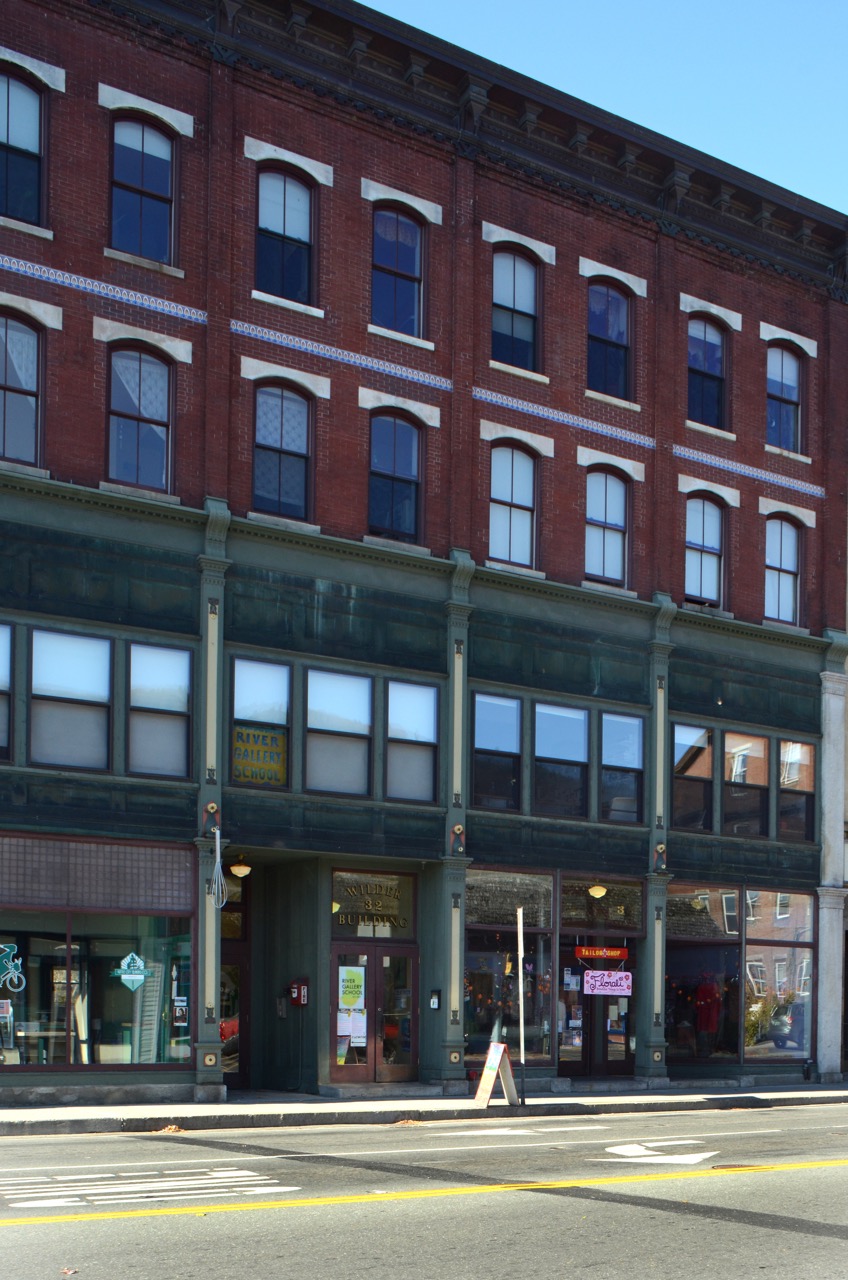 The rehabilitation of the historic Wilder Block following a devastating fire not only preserved a landmark in the Brattleboro Historic District, but it also provided sorely needed affordable housing for lower income renters and commercial space for community businesses. The project demonstrated the effectiveness of nonprofit leadership in overcoming multiple obstacles to preserve an historic structure. The developers were able to save the building from partial or complete demolition that would have permanently changed Brattleboro ‘s downtown streetscape.

In the early hours of December 4, 2004 a fire tore through the historic Wilder Block in downtown Brattleboro , Vermont. Located at the base of Main Street, the Wilder anchored Brattleboro’s downtown, and housed apartments, business offices and studios, and three street-level businesses. The fire completely destroyed the top two floors of the structure, and the first and second floors received extensive water and smoke damage.

Within hours of the fire, the Preservation Trust of Vermont organized a 24-hour charette in hopes of saving the building, with representatives from state agencies and private developers traveling to Brattleboro to participate. The Division for Historic Preservation staff worked with the Land Trust to secure Federal and State tax credits. As the group, including town officials, the fire department, and representatives from local businesses and organizations, gathered they recognized the enormity of the choices before them.

The group understood the challenge: To preserve the landmark building and ensure that it continued to provide a mix of commercial and affordable housing while meeting very real budget restraints. Options that would alloy the building to remain four stories, clearly preferable in terms of historic preservation and downtown vitality, were too expensive and not feasible for a private developer.

It was possible, however, for a non-profit to undertake this. The Brattleboro Area Community Land Trust (BACLT) was approached, and quickly agreed to take on the major project.

Within three months of the fire, BACLT purchased the Wilder Block and worked quickly to stabilize the structure, before any funding had been committed. As the Land Trust began applying for grants and tax credit funding, the top floors of the Wilder were stabilized. Housing Vermont (HV), a statewide affordable housing developer, joined forces with BACLT to help raise funds, secure permits, and supervise construction.

Much of Vermont ‘s unique character depends upon maintaining vibrant and traditional downtowns. Fires, floods and other disasters pose unanticipated threats to their economic vitality and historic character. BACLT and HV demonstrated how communities can come together to respond swiftly and decisively to meet these challenges. The circumstances will vary from community to community, but the collaborative methodology is instructive, transferable and inspirational.

Completed in December 2006, the $2.9 million redevelopment of the Wilder Block created 8 permanently affordable apartments on the top two floors and commercial space on the first and second floors. It is significant that the commercial tenants are all local businesses, including the River Gallery School – a nonprofit art school for children and adults.

The nonprofit partners were credited not only with completing the project quickly, but also with completing it “right”. Historic components were preserved or replaced in kind, such as the historic metal cornice that adorns the top floor, the decorative tile, the wood flooring, and large windows that overlook downtown.

Nearly two-thirds of the $2.9 million project costs came from a $1,865,345 equity investment raised by Housing Vermont from a Vermont bank. HUD funds played a major role in closing the funding gap. These funds included a HUD EDI grant of $384,100 and a $380,000 CDBG grant from the Vermont Community Development Program. The Preservation Trust of Vermont also provided grant funds.

The restoration of the historic Wilder Block meets a number of the Brattleboro Town Plan’s goals and policies. The Town Plan details Brattleboro ‘s commitment to its historic buildings and character and its desire to “continue to affirm the pivotal role of a strong downtown. We will foster and promote the present rich mix of government, office, and retail, residential and cultural uses”.

Brattleboro ‘s Town Plan states that the Town “recognizes our responsibility as a gateway community to Vermont and will create a positive image of our State and region”. The Wilder Block is seen as a gateway landmark. With its prominent location at the hub of lower Main Street , it is the first “downtown” building visible to anyone approaching downtown from the south, east or west.