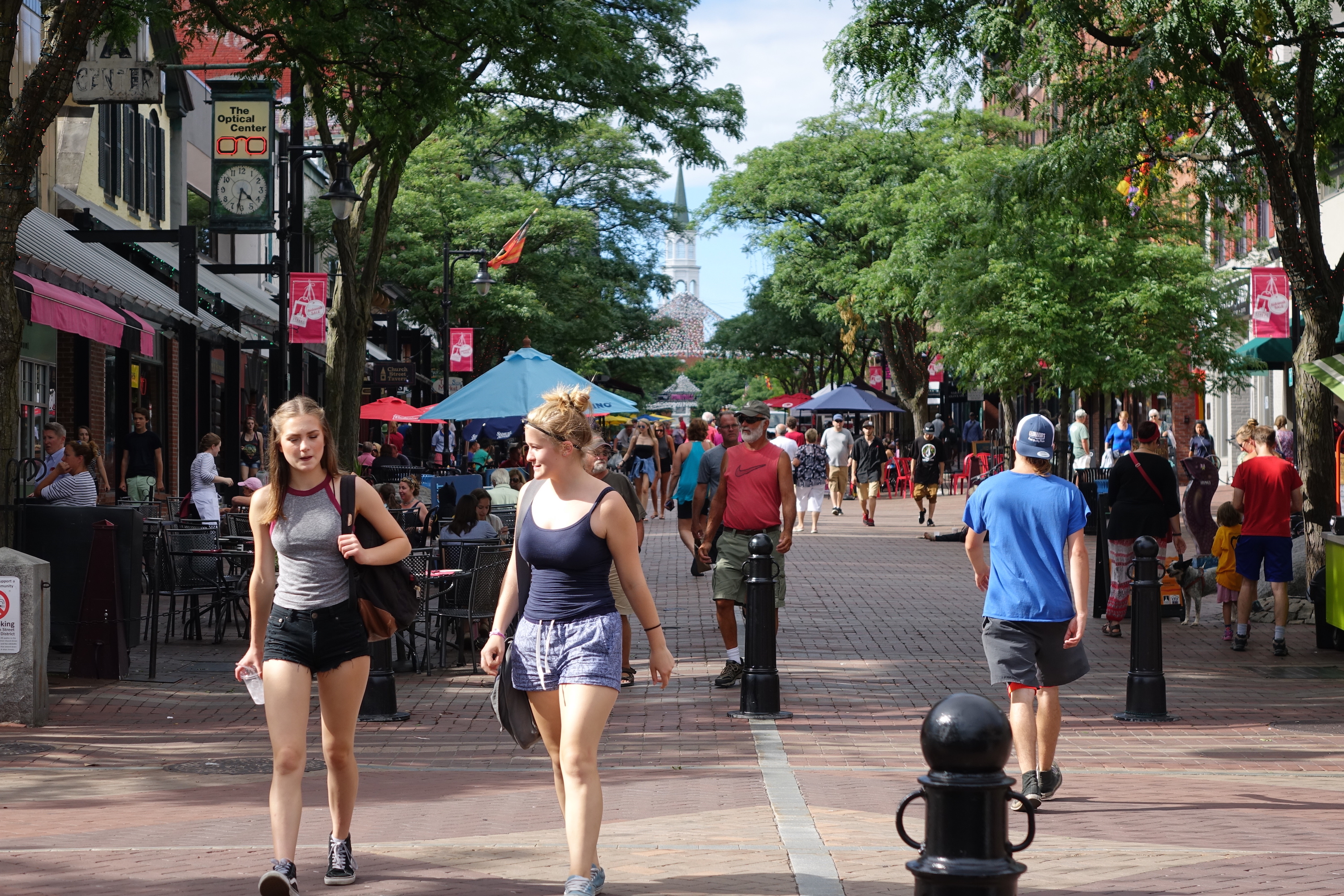 As you’re thinking about the things you want to see and do during your trip to Vermont, be sure to put at least two or three of our downtowns on your checklist. Given the multitude of special places and experiences waiting for you in every corner of the state, I understand making such a list is a bit of a daunting task. Perhaps you should make plans to stay longer, or resolve now to come back often. You won’t be disappointed!

Here are some of the reasons why you’ll want to be sure to have at least a couple of downtowns on your list:

For a start, this year Vermont’s Downtowns as a group were selected as one of the three (!) top destinations in the world by the London-based World Travel and Tourism Council.

We have 23 downtowns that have been designated by the Vermont Downtown Program, and each one is an authentic and unique place. Each one has a combination of a great collection of historic buildings, lots of arts and cultural activities, farmers markets, locally owned retail businesses, diners and fine dining, festivals and celebrations, and place-defining churches and town halls. Each one has a story about how lots of residents and businesses have been working hard on a variety of downtown revitalization efforts. Each one is an authentic place. Each one is a place where the entire community is welcome and residents connect with each other.

Here’s a sampling of what you may find in a handful of our downtowns:

Over the last several years Brandon (pop.4,100) has gone through a remarkable transformation- all stimulated by local citizens and artists determined to make their downtown come alive. It is now a very much a vibrant place that serves it’s own community and visitors alike. There’s a downtown grocery store, hardware store, two pharmacies, a locally owned small department store, an independent bookstore, two historic inns, a gallery run by the local artist guild, and a couple of terrific restaurants (one of them is owned by the former executive chef at the New England Culinary Institute.) A citizens group is in the process of saving the former Greek Revival Town Hall which will be used for live performances and a variety of community events. If you go, be sure to walk or ride down Park Street (just beyond the Brandon Inn), it’s one of Vermont’s most beautiful residential streets.

A few miles to the south of Brandon is downtown Rutland (pop. 18,000) where you’ll find the only Art Deco skyscraper (eight stories tall) in the state, and a fabulous and recently restored theater that has long list of live performances during the year. There’s even a downtown Wal-Mart! In the summer, there’s a farmers market on Tuesdays and Saturdays in Depot Park from May through October. All this plus movie theaters, locally owned shops, and restaurants. One Rutland businessman is so committed to the revitalization effort that he has purchased and is restoring several historic buildings in the downtown.

Located on Lake Champlain, Burlington (pop.39,000) is the state’s largest city and is often on a variety of lists of best places. One of the city’s assets is the Church Street Marketplace, a four block pedestrian mall that is the community’s retail, restaurant, entertainment, and tourist center. Conceived in the 70s by a local architect and a community leader, it was built in 1980 largely with federal funds obtained by US Senator Patrick Leahy. Supporters of the plan developed a unique (at the time) mechanism to maintain and promote the public space, and the result is one of the few remaining successful downtown pedestrian malls in the nation. One the largest farmers markets in the state is held on Saturday in City Hall Park during the warm months of the year. Across the Park is the Flynn Theater, now a performing arts and educational facility that recently won the top award from the League of Historic American Theaters.

Montpelier (pop. 8,400) is the Capitol of Vermont, and it’s downtown is focused on locally owned businesses and restaurants. It has two hardware stores (side by side), a new locally owned pharmacy, a coop grocery store, plus a variety of other independent retailers. The community’s passion for their downtown and local economy is deep. Years ago, the community turned back efforts by a developer to open a national chain restaurant with golden arches. Just down the street from the business district is the State Capital, a golden domed building that continues to be open to the public without security checks.

In the Northeast Kingdom, downtown Newport, Hardwick, and St. Johnsbury are all worth a visit. Newport (pop. 4,800) is located directly on Lake Memphremagog, a mile-long lake that reaches into Canada. In downtown St. Johnsbury (pop. 7,400), the Fairbanks Museum and the Atheneaum (a library and art gallery) which were built with the profits from platform scales invented and manufactured by the Fairbanks family. If you go, be sure to wander into the gallery where you’ll find a wall-sized painting of the Domes of Yosemite by Alfred Bierstadt. In Hardwick (pop. 3,000), the owner of the local bookstore is spearheading the effort to open a community-owned restaurant and pub. “If you’re wanting a successful downtown revitalization effort, you need a great restaurant, pub, and community gathering place.”

Back in southern Vermont, it wasn’t long ago when Bellows Falls (pop.3,500) was the brunt of a lot of bad jokes. No longer. It is now a vibrant place which communities from around the northeast visit to learn Bellows Falls’ secrets for success. The community focused their efforts on the creative economy and they have built a place with a wide variety of arts and cultural activities which, in turn, has attracted innovative manufacturing businesses with new high paying jobs. In downtown Brattleboro (pop. 12,000,) a local arts organization has taken on the task of acquiring, rehabilitating, and managing a hotel and theater complex (be sure to see the interior of the Latchis Theater and Hotel and don’t miss the locally owned hardware store on the other end of Main Street!)

All of the above merely scratches the surface, but I hope it will stimulate your interest in exploring and experiencing a piece of what Vermont is all about. Everyone of the 23 designated downtowns from Barre to Vergennes and St. Albans to Bennington and all the others have their own unique assets and sense of place. If you’re lucky you’ll meet someone who can tell you about the remarkable efforts residents are making to strengthen and maintain these special places.