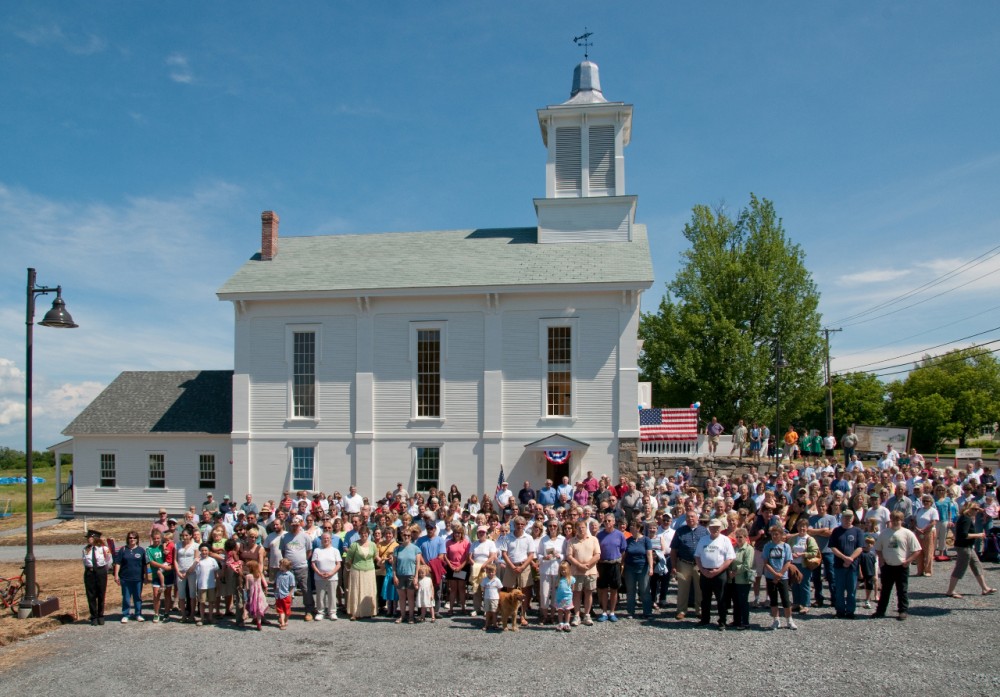 In 2003 when Ferrisburgh began searching for a larger town office complex, Silas Towler with several other residents banded together to promote the slowly deteriorating and underutilized Grange Building. In 2004 when citizens voted to renovate the newly acquired Hall, Silas stepped forward to assist and again banded together with community members to form a “Friends of the Ferrisburgh Grange” organization.

However days before construction was scheduled to begin, on the night of February 15, 2005; an arsonist set fire to the historic Grange building. The following morning, only a shell remained. Silas assumed chairmanship of the building committee and urged the Selectboard to stay the course. Noting his talents, Silas was designated to head a salvage effort to measure, salvage, and store architectural features for restoration and replication. For the next 2 years, in his unpaid capacity with the Town, Silas reviewed all insurance documents and created counter offers.

Once settled, Silas became the town’s primary liaison, meeting with contractor representatives on a weekly basis and conducting bi-weekly meetings of the citizen building and fundraising committees. Finally on June 21, 2008, the building was completed and dedicated. Without Silas Towler and his perseverance to see the Grange Hall re-built to exact specifications, the town of Ferrisburgh would not have this landmark.

We have two honor awards: one honoring the Grange Community Hall project…and the other honoring Silas Towler.