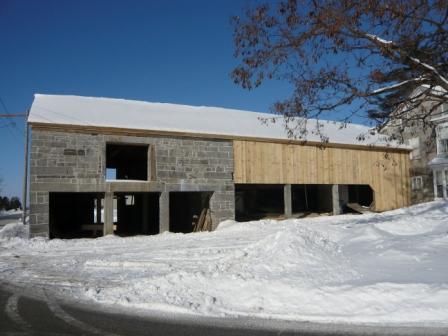 Richard Middleton is the owner of one of the historically most significant properties in Grand Isle County, the Ira Hill stone house at the central crossroads on Isle La Motte.

In 2007, with the advice of preservation architect, Glenn Bydwell, and with a barn grant from the Division for Historic Preservation he began a multi-year process to rehabilitate the attached stone stable and cider house. Richard’s willingness to preserve this structure, largely at his own expense, displays a sincere generosity he has demonstrated over the past fifteen years in earlier projects that restored the Hill House’s two-story Victorian verandah, replaced its roof, and installed a geothermal heating system.