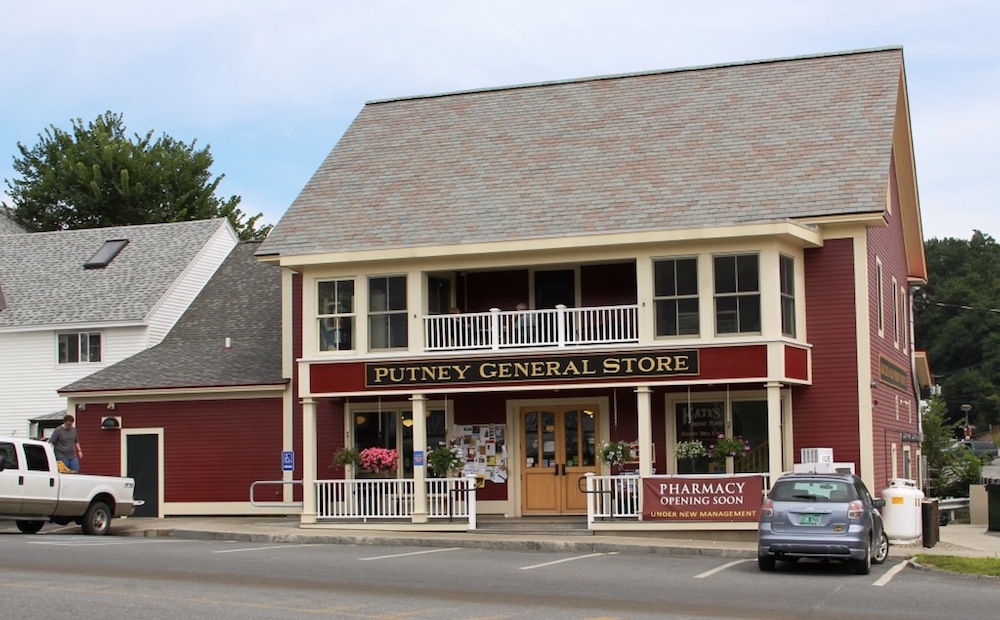 In Putney (pop. 2616), the economic hub and driver of the village center was the Putney General Store. An accidental fire in 2008 nearly destroyed the building, and in turn devastated what had been a very strong village center. The short version of the story is that the Putney Historical Society stretched beyond their traditional role and took on the responsibility of rehabilitating the building, which dated from the 18th century. With help of a Community Development Block Grant, the building was stabilized and was ready for the final rehabilitation work. Then an arsonist struck in 2009.  But the community did not walk away; they rebuilt the store from the ground up. Opening day was December 10, 2011.

Watch our Preservation Story about the Putney General Store.