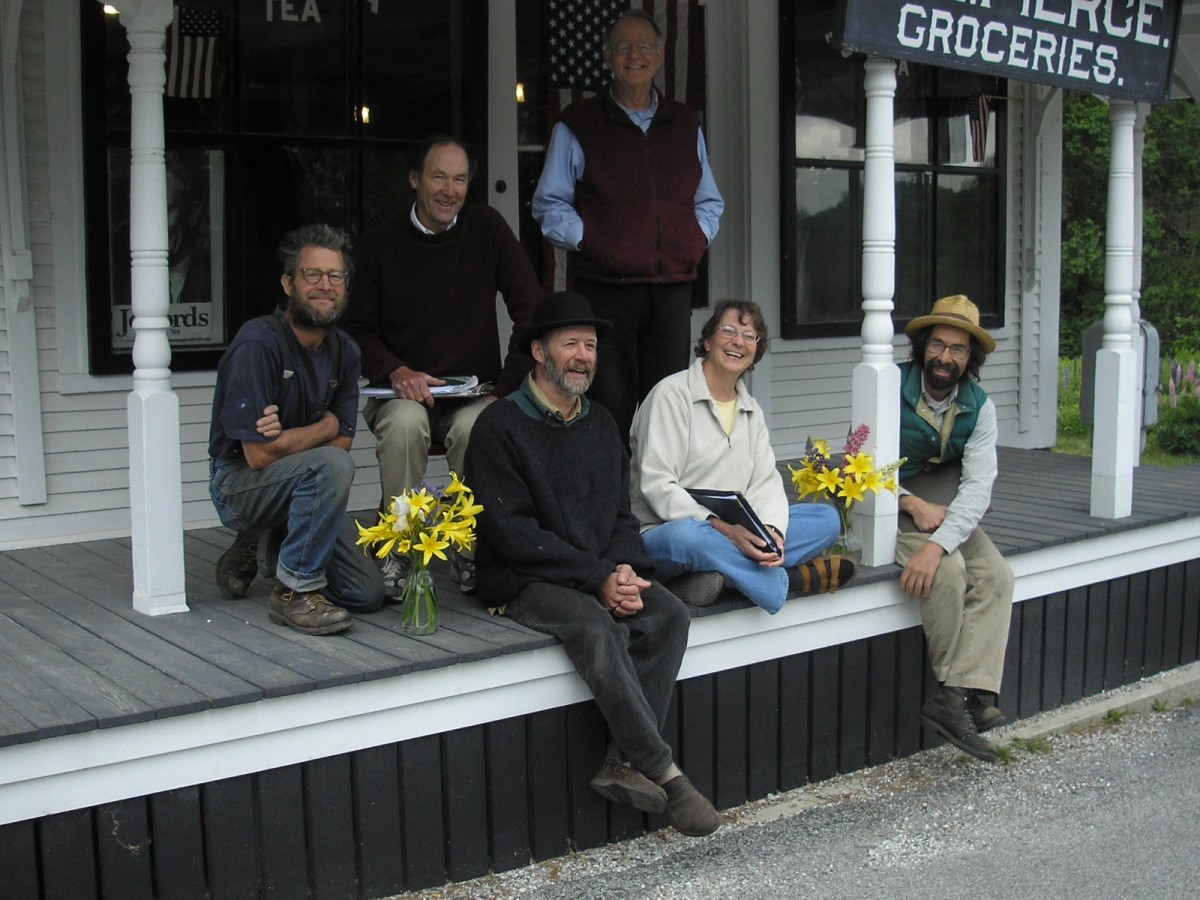 SHREWSBURY — It would make Marjorie Pierce proud and then some.

After a long hiatus, the general store that bears the family name and was the hub of this small community of 1,100 for more than 150 years is open for business once again.

The store closed in 1992 but before she died eight years ago, Pierce entrusted the white, wood-frame building and property to the Preservation Trust of Vermont with the express purpose of reopening the store one day.

That day arrived more than a year after the Shrewsbury Cooperative at Pierce’s Store was selected from among several applicants to run the store.

“They had submitted a proposal to us … and we felt very strongly that a local group should have the opportunity to make this work,” said Paul Bruhn, executive director of the Preservation Trust of Vermont.

Pierce’s store has been open less than two weeks but so far so good.

“Financially, we’re doing really quite well considering that we just opened and we haven’t announced it except through the town newsletter,” said co-op member and Shrewsbury resident Sally Deinzer.

She said the store has attracted an average of 60 to 70 people a day.

A grand opening is planned for Sept. 13.

The store retains its old charm from the dark wooden counter with its accumulation of nicks and scratches to the small lights with glass shades that dangle from the ceiling. There are glass jars filled with spices, nuts, bulk rice and candies. Old crocks, jugs and lanterns are some of the items that line the top shelf. In the middle of the store is a wood stove and a table for two — a scene reminiscent of a Norman Rockwell Saturday Evening Post cover. The old manual cash register and scale are on display. There a few modern amenities including a self-serve coffeemaker and wireless Internet access.

Outside, the old black and white W.E. Pierce Groceries sign hangs from the front porch where two rocking chairs beckon. In the front window, a campaign poster serves as a tribute to Shrewsbury’s favorite son, Jim Jeffords, a former U.S. senator.

The Shrewsbury co-op is placing an emphasis on stocking the store with as much Vermont and local products as possible. There store carries a selection of Smith Farm meats and Thomas Dairy products.

There is freshly made bread, scones and muffins baked on the premises by Shrewsbury resident Rob McKain. Along with sandwiches, there will be soup, takeout dinners and eventually pizza.

Volunteers are staffing the store, which is open six days a week, Tuesday through Saturday from 7 a.m. to 7 p.m., and Sunday from 8 a.m. to 4 p.m.

The only two paid employees are store managers Scott Courcelle and Lindsay Arbuckle, who live on the premises as part of their compensation.

Bruhn said the co-op had done a “superb job” of getting the store open. But reaching that point wasn’t just a matter of turning on the lights.

The store needed a lot of work and over the years the Preservation Trust of Vermont oversaw more than $350,000 in renovations to the interior, roof, electrical, heating, water and septic systems, Bruhn said.

The funds came from money Pierce left for that very purpose through the Vermont Community Foundation in Middlebury. Money also came from a grant from the Freeman Foundation in partnership with the Preservation Trust of Vermont.

The Shrewsbury Cooperative at Pierce’s Store is in the process of raising an additional $67,000.

“Part of that is to provide operating capital to cover the lean months and the balance is to put inventory on the shelves,” Deinzer said.

Small village or corner stores have fallen by the wayside over the years — a victim of changes in consumers’ buying habits and big box stores.

In keeping with Marjorie Pierce’s wishes, the Preservation Trust of Vermont is leasing the store to the co-op rent free. Bruhn said Pierce also left a pot of money that was designated to defray the store’s operating expenses such as taxes and insurance of up to $10,000 a year.

Bruhn said with the financial support in place Pierce’s store is in a good position to succeed.

He said one example is the store run by the Adamant Cooperative.

“These village stores that are operating without debt are doing OK these days,” he said. “I think one of the big problems that storekeepers have is managing debt payments.”

And what would Pierce have to say about the hub of the community coming back to life?

Although Pierce would likely frown on the store selling beer and wine – items she never sold – Deinzer said the last surviving Pierce-family member would be pleased that her wish was realized.

“I’m sure she would be just smiling by the fact the doors are open, the store looks very similar,” Deinzer said, “and the community is coming in, sitting on the porch, sitting in the chairs in the main retail space and visiting.”