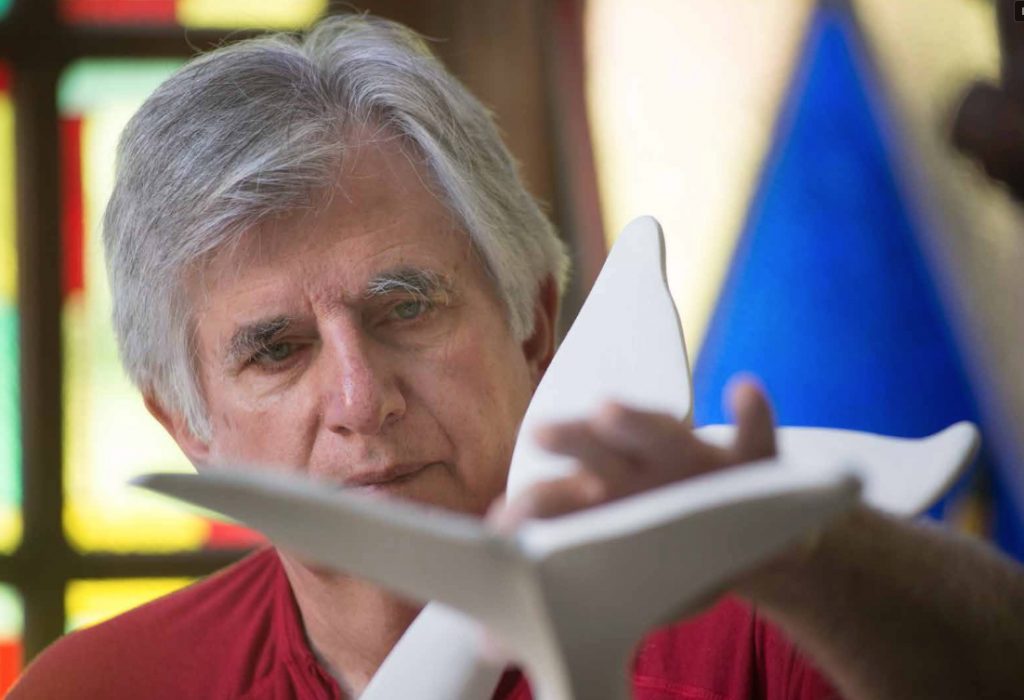 Whales’ Tails Once More at Exit 4 | The Herald of Randolph

Nearly 40 years ago, sculptor Jim Sardonis had a dream. He saw himself standing on the shore watching two whales dance in the surf. The image of the pair of tails breaking the surface of the water as they dove into the depths of the ocean was frozen in his mind.

The product of that dream, a sculpture of twin whales’ tails superimposed against the Green Mountains, will soon grace the Randolph landscape once more…. 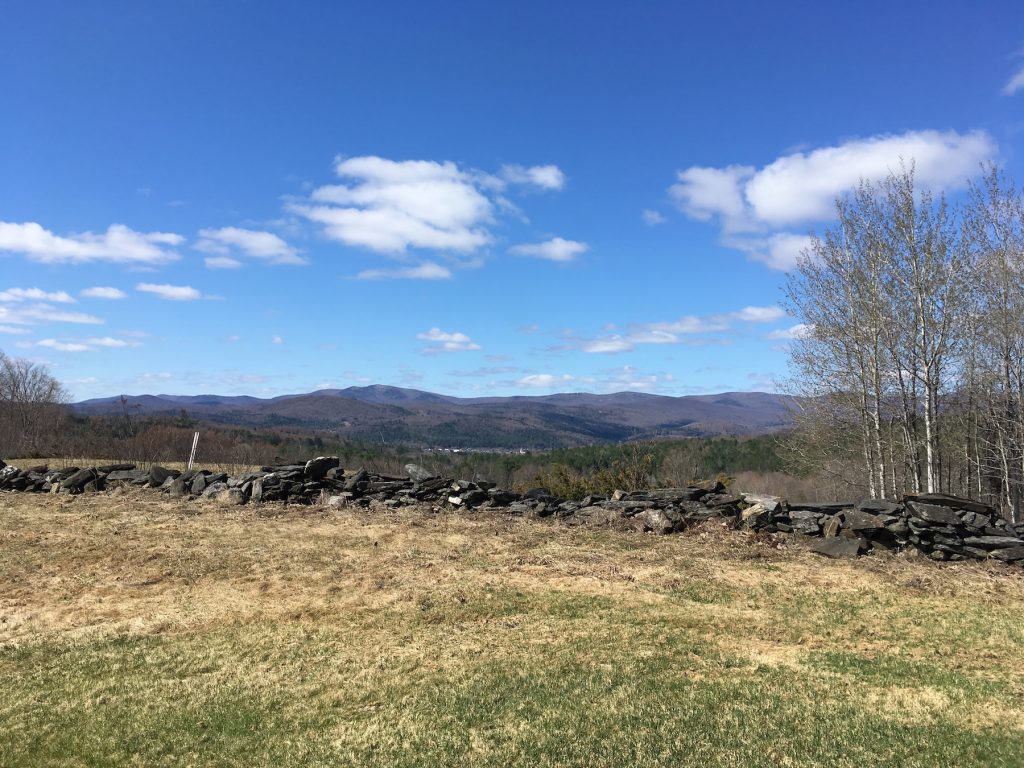 An effort to preserve a piece of land at the Randolph interstate exit is much closer to its goal after a flurry of commitments from several large donors. 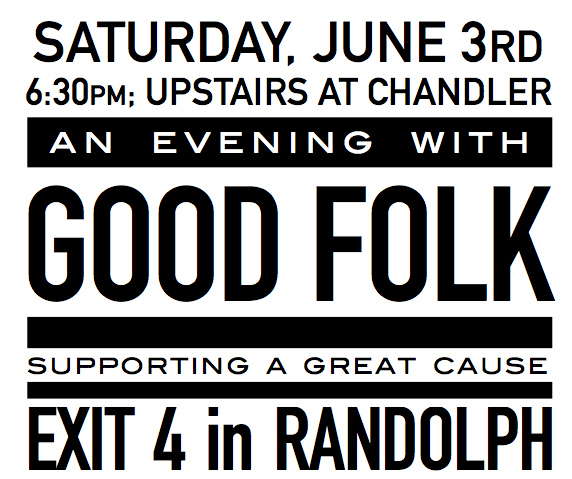 Join us for two upcoming concerts to benefit the Exit 4 Open Space project!

With One Month To Go, Groups Push To Raise Funds For Exit 4 Land | Vermont Public Radio

An effort to preserve 22.5 acres of land just off the Randolph exit of Interstate 89 has just under a month to finish raising $1 million. 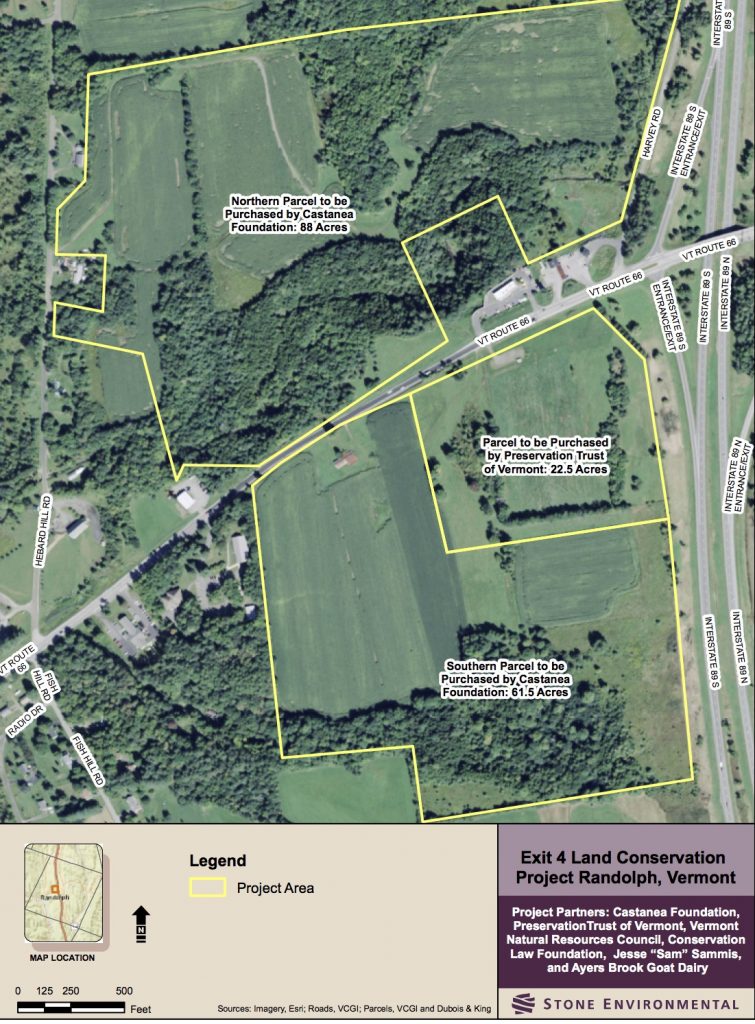 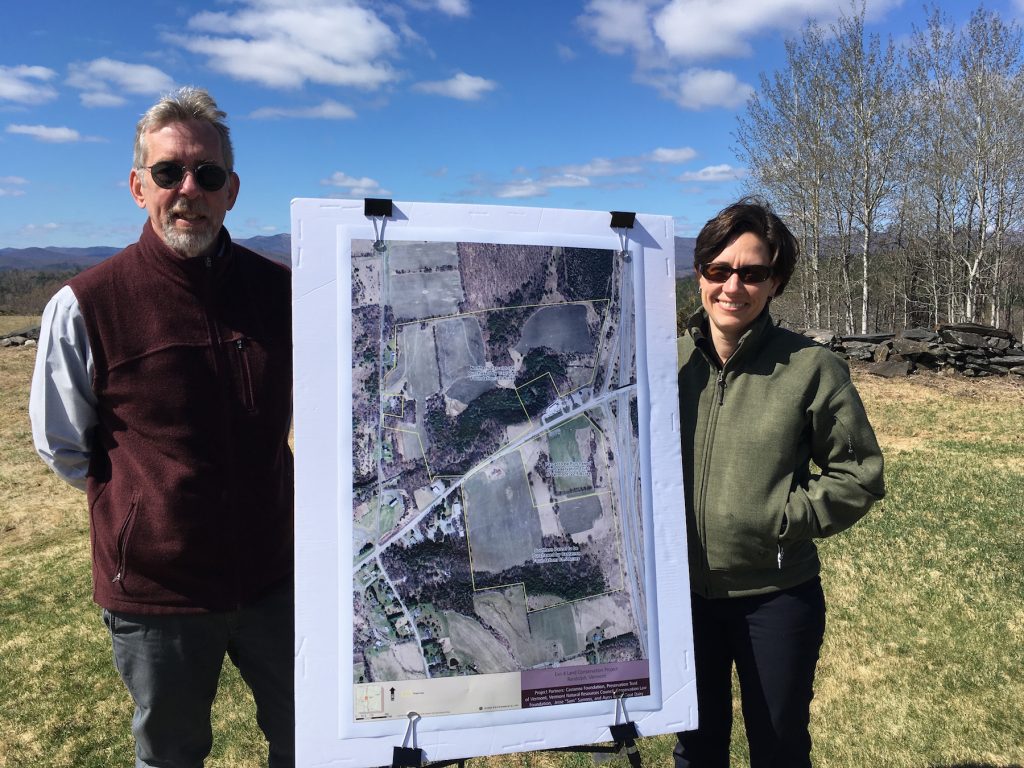 Randolph site once up for development now to be protected | VTDigger

Conservationists are raising money to buy the final piece of the parcel at Exit 4, while the owners have agreed to sell most of the land to another group to be run as a farm. 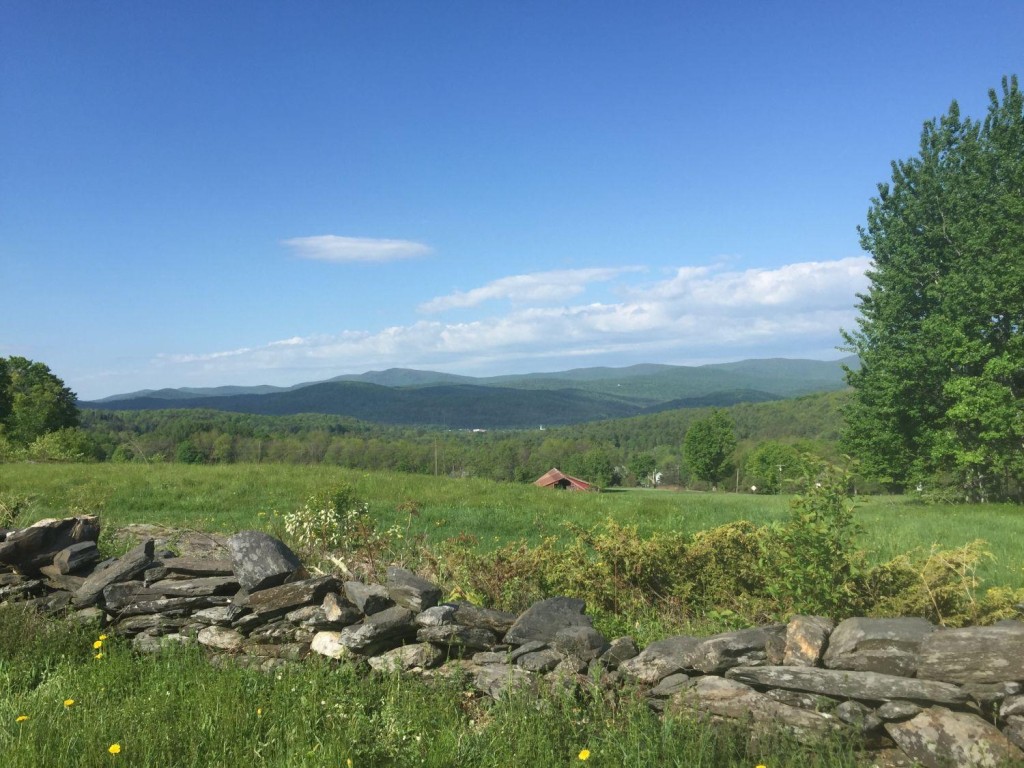 Two historic agreements will allow the protection of valuable farmland and scenic gateway in Randolph. 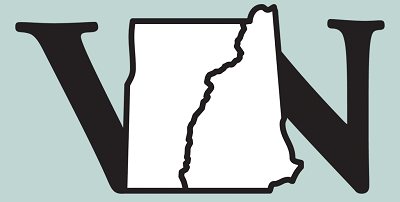 One of the distinguishing features of the Vermont landscape is the relative absence of the kind of sprawling development at its highway interchanges that characterizes, say, the retail red light district at Interstate 89’s Exit 20 in West Lebanon.

The developer of a controversial proposal to construct a large mixed-use development on a scenic sweep of land off Interstate 89’s Exit 4 has withdrawn his request for a preliminary review of the project, a move cheered by environmental groups even though the developer says he remains committed to developing the land.

The Chandler Center for the Arts, Randolph, VT

Helen Whtye: Exit 4 Development is Bad Business for All Vermonters

Approval of the proposed development would be a terrible thing not only for Randolph, but for all of the state of Vermont.

1.1 million square feet of unneeded development proposed on prime agricultural land at Exit 4, at the expense of Randolph’s designated downtown. 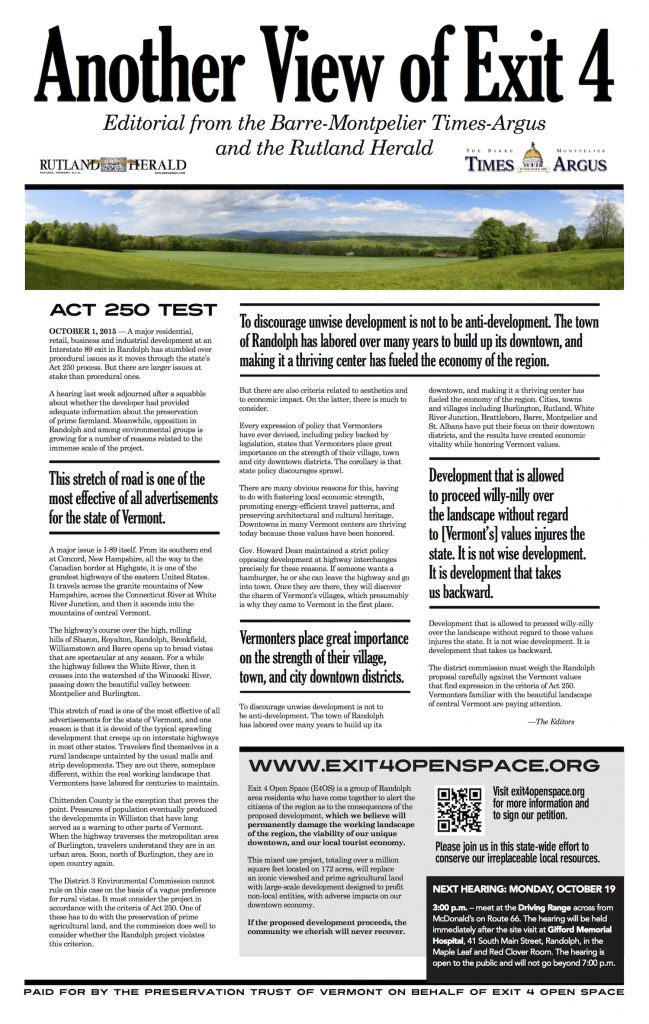 Another View of Exit 4

Editorial from the Barre-Montpelier Times Argus and the Rutland Herald 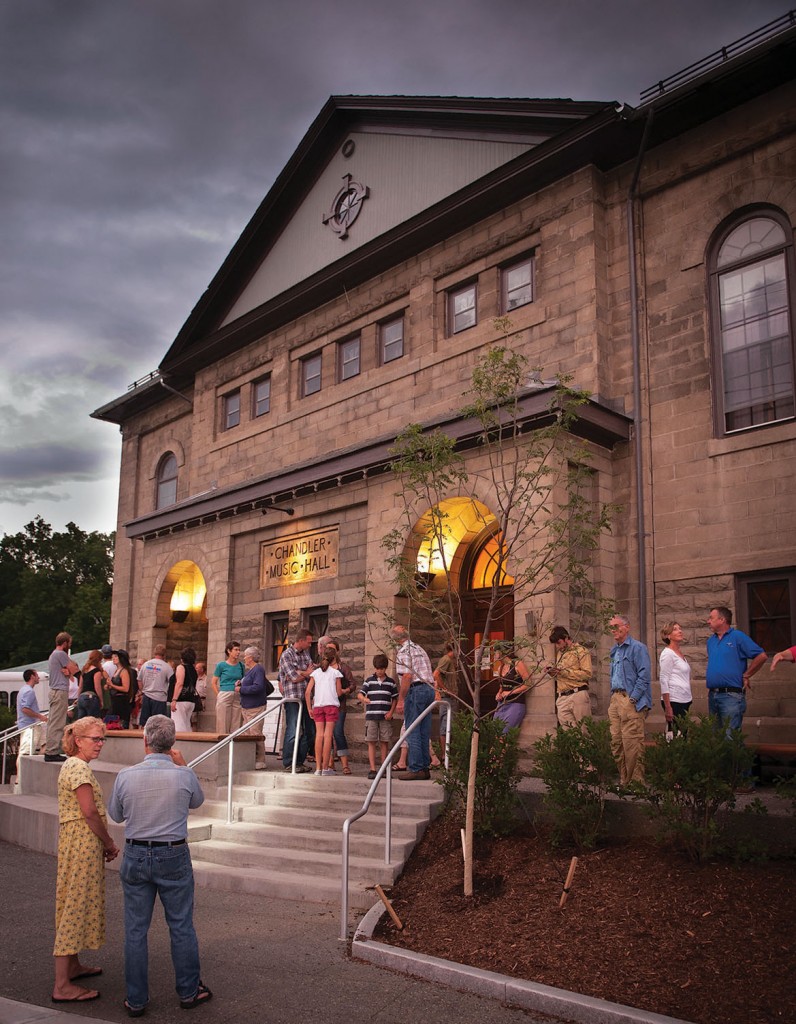 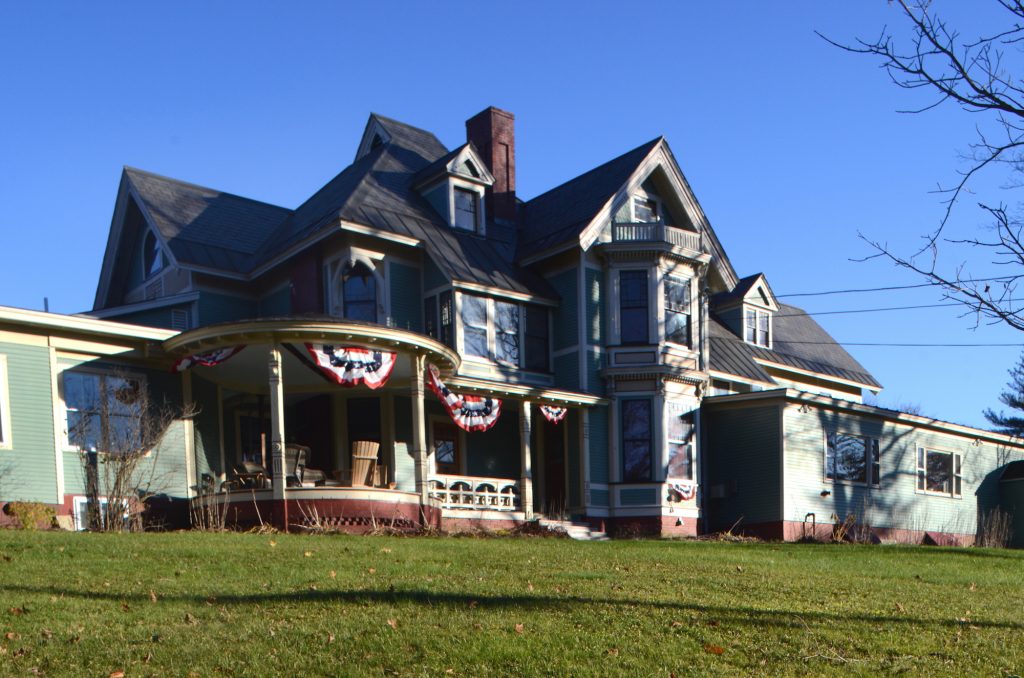