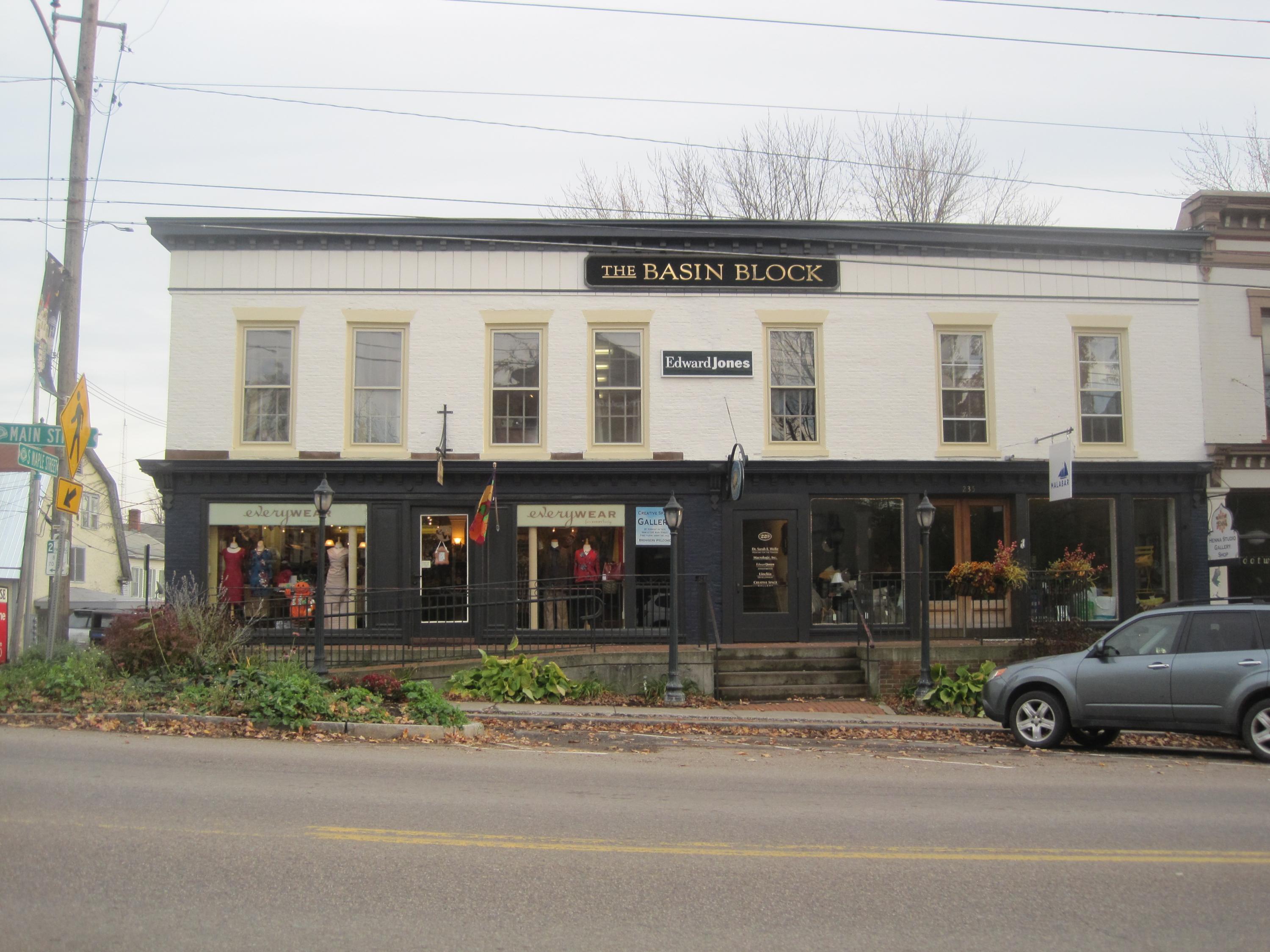 In the fall of 1997, in response to a steady decline in the commercial vitality of downtown Vergennes, a small group of area residents began meeting to discuss strategies to spark revitalization. Several ideas were pursued concurrently, including the initiation of a public planning process modeled on the National Main Street Center approach, and, continued fund raising for restoration of the two architecturally significant cultural resources (the Bixby Library and the Opera House) that serve as book ends of the Main Street commercial district.

In addition, interest was expressed in using one of the tools of commercial real estate development – syndication – to provide a vehicle for members of the community to invest in the downtown. Syndication is simply the process by which a group of investors can join together to own and operate real estate. In a typical syndication, an experienced developer plans and manages the project, and one or more investors provide the equity capital required. On a Vermont scale, this usually involves a handful of accredited investors (individuals or companies with significant earnings and net worth and the experience and sophistication to assess the viability of the development plan) providing financial backing to a developer. The ownership entity (usually a limited partnership or limited liability company) is structured so that the investors have both limited liability (no liability for the debts of the entity) as well as limited involvement in the management of the ownership entity.

The challenge in Vergennes was to determine the means by which a large group of potential investors (including non-accredited investors) could come together to undertake one or more development projects, and to do so in a way that provided both limited liability to all of the participants and sufficient management expertise to guide the process. Included in the group of interested area residents were individuals with expertise in real estate, finance, law and accounting. They worked together to outline the basic deal terms and structure and then retained outside professional expertise to review and confirm the approach.

It is important to note that the Otter Creek Investment Fund was formed in anticipation of undertaking one or more development projects. The intent was to have a pool of capital available to pursue development opportunities. It was hoped that at least $500k could be raised, and that matched with up to $500k in debt, this $1 million pool would be sufficient to pursue at least 2 projects. This approach is different than a focus on raising capital for a specific project, where the financial forecast can be made based on the specifics of that deal. The anticipated advantages to the approach included diversification and some management efficiency. In the end, however, the fund raised capital sufficient to undertake one project, and for a number of tax and management issues, a separate entity will be formed among interested participants when and if there is intent to undertake additional projects.

The Otter Creek Investment Fund, LLC (“OCIF”) was formed in May, 1998. The price per ownership unit was set at $10,000, a level seen as attainable for a broad spectrum of area residents. It was hoped that some investors would purchase multiple units. Twenty eight community members invested an initial $290,000. A subsequent capital call among the existing members raised an additional $21,000.

OCIF purchased a vacant, condemned building on Main Street in Vergennes in May, 1998. Several months were spent planning the redevelopment, including determination of the use, assessment of market demand for the space and design of the rehabilitation. Again, expertise from within the company membership (including an architect and several contractors) was utilized to work through many of the challenges. Because the building is a contributing structure within a National Register District, the work was planned to be in conformance with the Secretary of the Interior’s Standards for Rehabilitation. To enhance the marketability of the building and to serve as a model for development in downtown Vergennes, a number of innovative features were included in the redevelopment of the property, including an accessible Main Street entry coordinated with an adjoining property, a handicapped lift to provide access to the second floor, and extensive sidewalk and landscaping improvements. Significant tenant amenities include central heating and air conditioning and a shower in one of the public bathrooms.

The building was rehabilitated to provide three Main Street retail spaces, and offices on the remainder of the first floor and all of the second floor. Construction was substantially completed in May 1999, and the building was fully occupied by August 1999. Because OCIF is well-capitalized and its debt load fairly small, it was able to offer some initial rent concessions to attract and retain the type of businesses that will provide new and improved services and products to the downtown. These include a new food coop, physical therapist, tailor and women’s clothing store, along with several new and expanded professional offices.

The strong capital position of OCIF (35/65 debt to equity ratio, almost the reverse of typical real estate deal) and the credibility of its members allowed the company to arrange a commercial loan on a non-recourse basis and on attractive terms. The investors will be provided the benefit of the federal 20% Rehabilitation Investment Tax Credit. The project was also the first in the state to be awarded the 5% Vermont Tax Credit enacted as part of the Vermont Downtown Development Act. In all, the investors will receive approximately $100k in state and federal tax credits. It is forecasted that cash flow will provide an initial 5% cash-on-cash return, which should grow over time as rents increase in accordance with lease terms.